Ask An Expert- Modifiers… Why Do We Need Them?

Amanda Whitener has extensive revenue cycle expertise dating back nearly a decade ranging from ambulatory surgery centers to optometry. As VisionWeb's RCM Regional Account Director, she focuses on helping ODs experience financial freedom by ensuring claims are worked quickly and correctly as she has robust knowledge of operations for various areas of the practice. Currently, Amanda's primary role is helping offices reduce billing burden and labor costs while maximizing cash coming through the door. Amanda has written several articles in relation to RCM in the optometric space including one recently featured in Women in Optometry. She is also a member of the Optical Woman's Association.

Why Modifiers Play a Crucial Role In Reimbursement 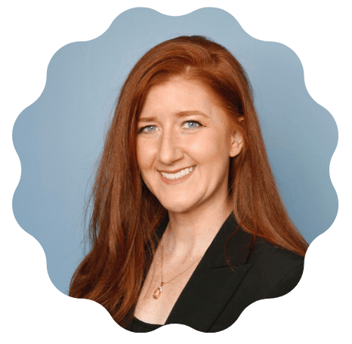 Modifiers- what are they and why do we need them? Well, in short, we need them to get paid correctly. Appropriately placed modifiers can mean the difference between a large payment or a little payment or even a payment at all!

Insurance carriers use modifiers to decide various things including:

All the indicators above are financially impacting to a practice. For example, if a procedure was performed bilaterally, but is typically unilateral in nature, then not using a modifier to indicate it was performed bilaterally can result in a reduction in payment. Additionally, even if the payer does submit payment, an audit could take it back later.

Below are some of the most frequently used modifiers as well as their description.

RT/LT – Right side or left side

GY –Provider is aware the service is excluded by Medicare

25 –When a patient has an office visit that is separate from a procedure performed on the same day. The intention is to unbundle the codes; however, the decision to do so depends on the payer and diagnosis.

50 – Bilateral procedure; used when a procedure is performed on both eyes, but the code is unilateral in nature

52 – Reduced services; Used when a procedure is only performed on a single eye, but the code is bilateral in nature

55 –Used with post-op cataract claims. It indicates that co-management is taking place with the surgeon.

Keep in mind that it is important to only use modifiers that indicate what truly took place. Using modifiers to simply increase reimbursement is illegal and that sort of audit could be devastating to a practice.

In addition to those above, there are several other modifiers that are pertinent to the optometric space. Familiarizing yourself can definitely help decrease denials and increase reimbursement.

Would Outsourcing Billing Help You?

Your office may face many challenges such as retention rates, ongoing education, and a struggle to...
Read More

The Optometry Billing Webinar Everyone Should Watch

Expanding the medical side of the optometry practice has been on everyone's mind lately. We know...
Read More

Frame Ordering: What's More Important? The Rep, The Product, or The Service?

In your dispensary there is a lot of consideration that goes into what frame lines you decide to...
Read More