Trick or Treat: Meaningful Use Criteria for Optometrists Edition

With Halloween around the corner, we think it’s time for a little trick or treating! But instead of candy, we’re throwing in facts about meeting Meaningful Use criteria for optometrists. We’ve passed the October 1, 2014 deadline to receive financial incentives, but you can still participate to avoid penalties. Don’t get tricked by the misinformation thrown out there. Treat yourself to these facts!

Are You Getting Tricked by these Meaningful Use Criteria for Optometrists? 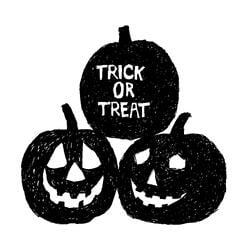 Treat: Any system, including a cloud-based system, which has been certified for 2014 standards, is HIPAA compliant and eligible to attest for Meaningful Use.

So a system goes through a crazy certification process and all sorts of verifications to become a certified EHR and it misses HIPAA compliance? No way! It’s easy to discredit something you don’t know much about. In this case, cloud computing systems in the optometry field are more advanced than many may think. Since HIPAA places strict privacy standards on all providers in the medical industry, all vendors, including cloud vendors, are required to give you the best security possible.

In fact, EHR cloud vendors can provide better data security than most can accomplish in their own practice. Reputable cloud vendors encrypt your data, use separate databases for each user, and host their systems in facilities that have security controls that many practices cannot afford to provide on their own.

And to make sure that your data is safe, part of the core objectives for Stage 1 and 2 of the Meaningful Use Program requires you to perform a full security risk analysis of your certified EHR. This way, both you and your vendor are responsible for the security and privacy of your data.

Trick: I can switch between the Medicare and Medicaid Meaningful Use programs whenever I find that one is easier for me.

Treat: That’s almost true! If you are eligible for both, you are allowed to switch programs, but there are limits and stipulations!

There are two programs within the Meaningful Use Program that you can participate in: The Medicare Incentive Program and Medicaid Incentive Program. Optometrists and ophthalmologists qualify as eligible professionals but you will need to check your eligibility before you begin.

Most optometrists will only be eligible for the Medicare Incentive Program. But if you are eligible for both, you may switch between both programs as many times as necessary prior to receiving your first attestation. However, once a payment is received, you may switch one more time. But it is strongly advised to stick to one as both programs have different requirements.

Treat: The Final Rule will bring about a couple of changes, but a delay in payment adjustments is not one of them. Those will still begin at the start of 2015. But to avoid 2016 penalties, you can apply for a hardship exemption!

Stage 3 has been delayed to begin in 2017, instead of 2016. The delay will only affect early adopters of the program who started in 2011 or 2012. Early adopters will have to stay in Stage 2 for another year in 2016. The payment adjustment, however, will not be delayed for another year, and will still begin on January 1, 2015.

If you did not attest by October 1, 2014, you will be hit by penalties next year. But you can still apply for a hardship exemption to avoid 2016 penalties.

There are many circumstances that will allow you to apply for a hardship exemption, including:

Meaningful Use is a confusing topic for many, and it’s not any easier with all kinds of changes being made to the program. Subscribe to the blog for more Meaningful Use updates, tips, and tricks! 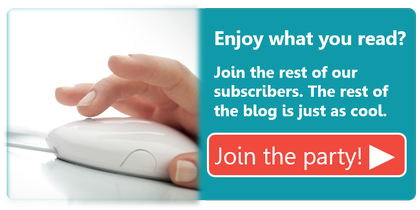 Tags: EHR Software, Government and Regulatory Resources
Back to Blog

What Happens When You Don’t Track Your Optometric Billing Metrics

Your electronic claims can bring a lot of revenue into your practice. However, many optometric...
Read More

Developing a 3 or 5 year plan for your practice can be stressful, but it's something every...
Read More

Patient’s are responsible for an ever-increasing portion of the charges that are billed to their...
Read More