What To Do If Your Electronic Claims Aren’t Getting Paid 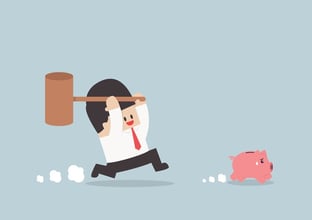 Many times, your claims aren’t getting paid because your clearinghouse identified a potential error and rejected the claim before it went to the payer. The good thing about a rejected claim is that if you regularly monitor your rejections, you can rework the claim and submit it again through the clearinghouse in an attempt to collect the reimbursement. However, many billers have so much on their plate that they don’t get the chance to work all of the rejections before the timely filing deadline expires.

A less favorable solution to a payer not reimbursing a claim is to bill the patient. Unfortunately, sending a patient a bill requesting more money can strain your relationship with the patient and cause a headache trying to collect the payment.

If your claim was denied and you think asking the patient to pay will damage the relationship with the patient, then you can write off the bad debt.

Having some rejected or denied claims is normnal. However, if your practice is continually receiving rejected and denied claims, you will need to look at your claims management process and consider making a change to the process, the tools, or the biller’s workload to help reduce errors and increase profits from claim reimbursements.

Discover more tips on how your optometry practice can collect more money on your claim reimbursements with our definitive guide!