The Most Common Reason for Claim Denials

Claim denials are a problem that every eyecare practice faces. These claim denials are also one of the most important things for your practice to pay attention to because they directly affect your revenue. If you are leaving denied claims out to dry you're losing easy money on your reimbursements that your practice has earned.

Today, we want to talk about the type of denied claim that is very likely the most common type of claim denial that most eyecare practices face: duplicate claims.

Duplicate claims are two or more submitted claims that include repeated information about patient demographics, provider, date of service, and billing codes. They happen most often when your practice's biller finds an unpaid claim and assumes that it hasn't been processed yet. So to fix the problem, your biller files it again without looking into the original submission.

But, your biller should know that there are several reasons as to why that claim might be unpaid. Processed claims may have gone towards a deductible or could have been denied. When your biller files the claim again, it simply creates a duplicate of that original claim. Until you correct it, duplicate claims will be automatically be denied. 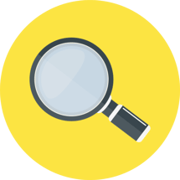 First, do some investigating as to why the claim isn't paid. Was the claim rejected by the clearinghouse or was it actually denied? Remember, there is a difference in understanding a denied vs. rejected claim. Check out your EOB or ERA to look for a denial reason so that you know how to proceed to fix the claim.

Once you're ready to resubmit the claim, if you're using a clearinghouse instead of calling your payer you can correct a claim electronically by using the resubmission feature that most clearinghouses provide. You'll have to refer to the claim you're trying to correct as well as the claim control number (CCN) or internal control number (ICN).

For more tips on dealing with and avoiding denied claims, download our ebook.

Editor's Note: This post was originally published on November 11, 2015. It has been updated for relevance and richness of content on May 29, 2019.