When it comes to describing an insurance claim status, many people use the term “rejection” and “denial” interchangeably. However, a rejected claim is very different from a denied claim. Knowing the difference between the terminologies is important as there are different ways to fix a denied and rejected claim. Today, we’ll go through a quick tip and take a closer look at the differences between the two and how they are defined. 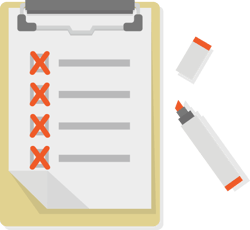 According to The Centers for Medicare & Medicaid Services (CMS), claims that do not meet the basic format or data requirements are rejected. This means that these claims do not make it to the payer, and are not considered as received, and therefore will not be processed. As a result, rejected claims need to be fixed and resubmitted.

The reason for the denial will appear in your ERA (Electronic Remittance Advice) if you use electronic claim filing or in your EOB (Explanation of Benefits) if you run a paper practice.

Find out more tips about managing your claims with our eBook “8 Claim Filing Habits to Say Goodbye to in 2015.”

Tags: Coding & Billing
Back to Blog

Will this eBook Help You Escape Your Claim Management Fantasy?

Make it your New Year's resolution to get your claim management process back on track. With the...
Read More

We've been serving up claim management tips all month to help you avoid denied claims in your...
Read More

How to Avoid 4 Common Claim Filing Mistakes that Cause Denials

Claim denials in your practice can put a lot of stress on your biller and your reimbursements. If...
Read More