Know the Numbers: Meaningful Use Criteria for Optometrists 2014

Did you know that, as of March 2014, the government has paid out $22.6 Billion to Doctors who have participated in Meaningful Use all over the country? If you begin this year and complete all of the Meaningful Use criteria for optometrists, you could receive incentives up to $24,000 over three years if you successfully attest to Stages 1, 2, and 3 of Meaningful Use.  The amount you obtain varies by year, but totals up to $24,000. Here is this break down:

Unfortunately, you only have a limited amount of time to decide if you want to participate before penalties start to apply. If you attest after July 1, 2014, you can still receive $24,000; however, you will also be subject to paying penalties. If you wait until 2015 or later
to participate in Meaningful Use you will not receive any bonuses, but you will still be charged penalties where your practice will be subjected to payment adjustments to your Medicare reimbursements that start at 1% per year, up to a maximum 5% annual adjustment. 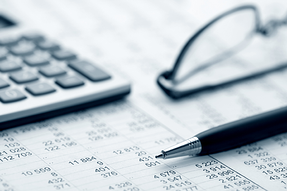 Even though Meaningful Use is a national program, these three states have received the highest payout from the program so far: California is in the lead with participation from 43,000 Doctors, and a total of $1.89 billion. Texas is the first runner up with 32,213 participating Doctors receiving $1.68 billion in return for attestation. Finally, the second runner up is Florida, with participation from 31,680 Doctors who received approximately $1.42 billion.

So now that you have heard all the numbers you know why you should participate in Meaningful Use, let’s talk about how.

You may have noticed that you’ll need a 2014 Certified EHR to attest for both Stage 1 and Stage 2 of Meaningful Use. Certification of HER software is completed by one of three testing bodies: Drummond Group Inc., ICSA Labs, and InfoGard. There are currently 1109 certified EHRs in the market across all industries. Out of these, 238 are modular certified and 871 have complete certification.

Check out Uprise, Practice Management & EHR by VisionWeb. It is our cloud-based practice management and EHR software, and it has complete certification for 2014 Meaningful Use.

The State of Online Lab Ordering: Then vs. Now [Infographic]

Earlier this year we reached our 100 millionth online product order placed through our online...
Read More

Getting The Most Out Of Your Optometry Software Demo

There are a lot of options when it comes to selecting optometry software for your practice. Taking...
Read More

I was once told that, if you want someone to like you, you should ask more questions about them....
Read More