When ICD-10 was introduced last year a code freeze was put in place to help providers adjust and ease into such a big change. Now, a year later, the code freeze has been lifted and hundreds of new code additions, changes, and deletions have been put into place starting on October 1, 2016.

In this post we'll review a few things you need to know about ICD-10 codes and their structure, and we'll get into some of the specifics of what is changing and provide some great resources for you to get all the details on specific code lists and changes.

ICD-10 Changes You Need to Know About

A Reminder on Code Structure 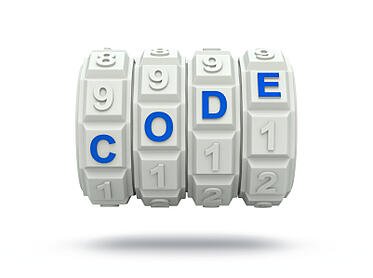 Tabular list > Chapters > Body System/Condition
From here the list is divided into categories, subcategories, and codes. Providers can only report codes.

Categories: 3 characters (if there is no further subcategory, it is equivalent to code)

Subcategories: 4-5 characters (each level of subdivision after a category is a subcategory, and if no further subdivision is required it is equivalent to code)

One of the following 7th characters is to be assigned to codes in subcategory H35.32 to designate the stage of the disease:

H32.33: Angioid streaks of macula [Subcategory that is a code]

Some of the changes that will affect codes more commonly used in your practice include the following:

One of the biggest changes we think will affect eyecare providers is with unspecified codes which are mostly non-billable. You've likely been using some of these codes over the past year and have been able to get paid, but with the change, payers could begin rejecting claims for unspecified or non-billable codes. Providers will be required to accurately reflect the clinical documentation in as much specificity as possible, as per the required coding guidelines. A few codes we think are most important to note are:

In order to see the complete list of code changes we suggest checking out some of the following resources:

To stay up to date on the lates ICD-10 news, subscribe to the blog!